On April 19, during the 40th anniversary of the annual Dutch-American Friendship Day (DAFD), Tim Ruijling, the founder of the Sunset March, was honored with the Certificate of Appreciation.

The DAFD is organized by the American Embassy and the Consulate in the Netherlands. In the absence of the ambassador, the Chargé d’Affairs, Marja Verloop, expressed appreciation during this festive evening for the daily tribute that is paid during the Sunset March. A tribute to the 48 Americans who died for our freedom. She commended Tim for realizing his idea for the Sunset March and for his commitment and dedication to having a veteran perform this tribute every day since 2014 at sunset. 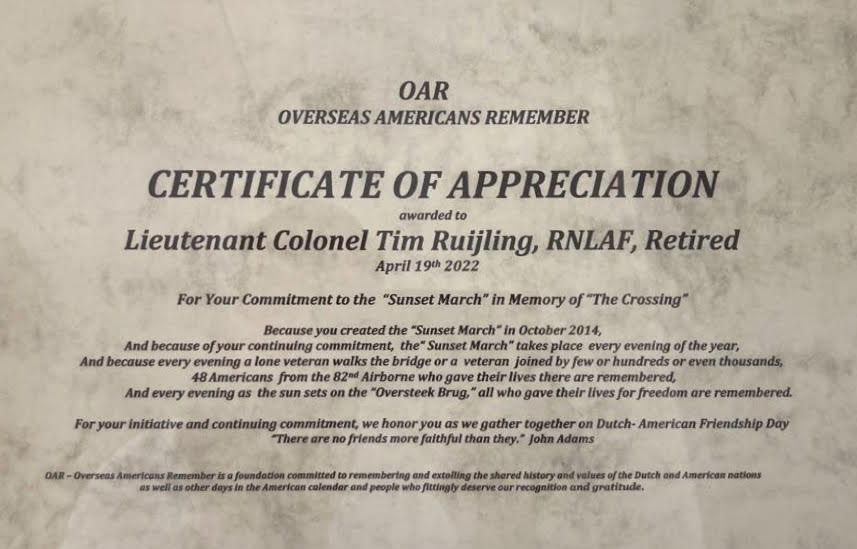 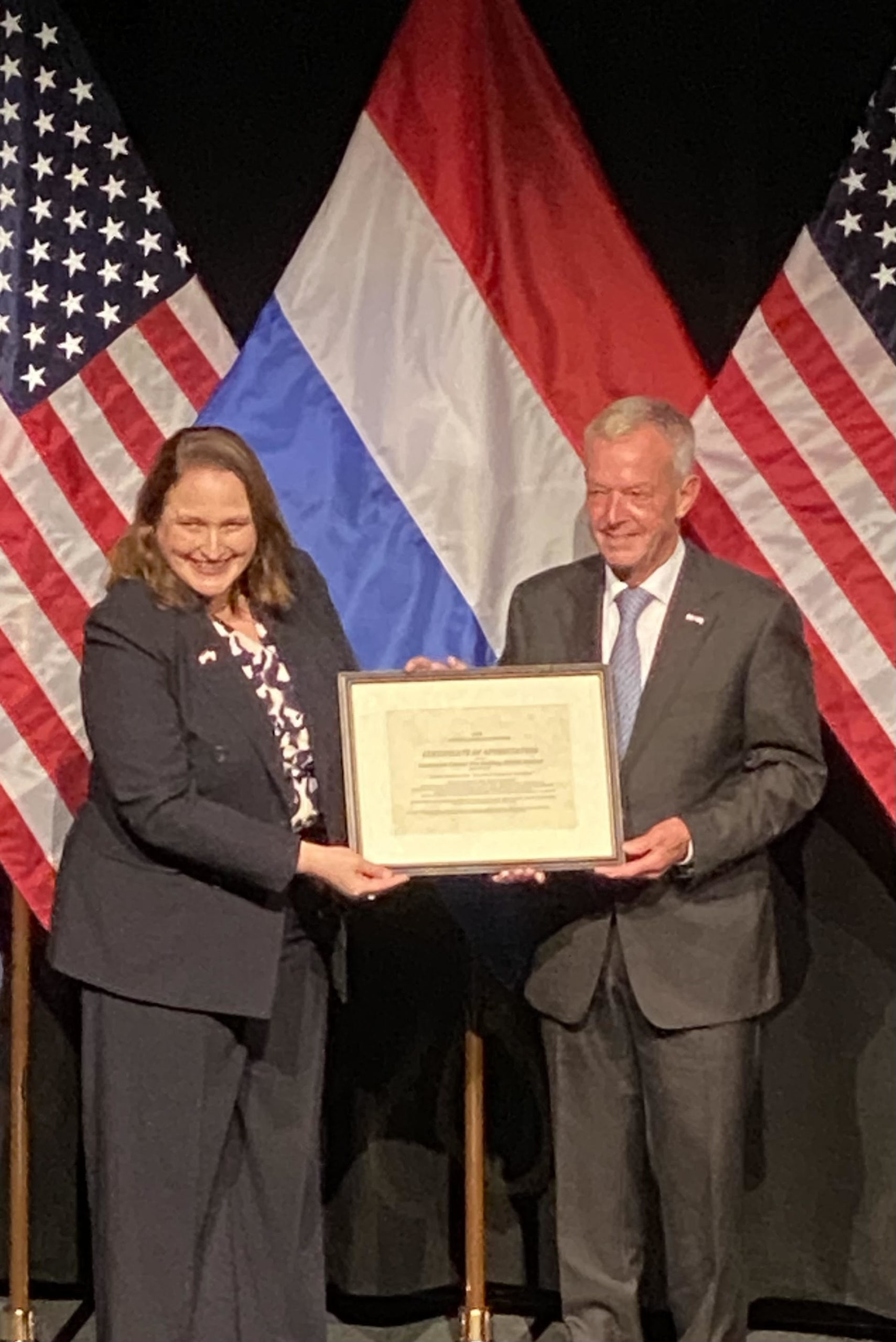 Calendar is loading...
Powered by Booking Calendar
- Available
- Reserved
- In process
Click here to make your own Sunset March reservation